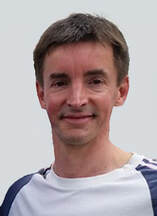 Former British Senior Sabre Champion and topped the National Senior Rankings on eight occasions between 1989 and 1998, and represented Britain in the Barcelona Olympics in 1992 and competed in nine World Championships.

Ian has been at the club since 2002 and coaches at the club three nights a week. He is Head of Fencing and Head Coach at Whitgift school, South Croydon where he has worked since 2016.  Ian was previously the Great Britain Senior National Sabre Coach for Team GB (2006–2008), ​​Lead National Sabre Talent Coach and British Junior (Under 20) National coach (2013 - 2016). 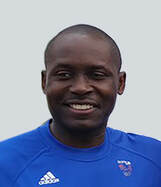 Former British Sabre Champion and currently the only senior British male fencer to reach the quarter finals of a World Cup. James has competed in 11 world championships, over 110 World cups and 3 consecutive Olympic Games. Barcelona 1992, Atlanta 1996 and Sydney 2000. James is currently a senior coach developer for British Fencing, nurturing and supporting existing and future coaches in all three disciplines. James is a British Fencing nominated sabre coach and also an Athlete Development Pathway coach. Through his career he has worked with lead Olympic Gold Medal Winning Coaches Christian Bauer, Christian Peters and Peter Frohlich.

James is also involved in sports administration and is a Team Manager for British Fencing. He was Chef-de-Mission for British Fencing at the 2019 European Cadet and Junior Championships and was the British Fencing Performance Manager from 2005-2011. He was Technical Officer for the British Olympic Association, an executive director of West Yorkshire Sport. He was a member of the London 2012 Olympics Athlete Advisory Group led by Sir Steve Redgrave. He was also a commentator at the London Olympics Games.

James Williams joined the British Fencing Board in 2020 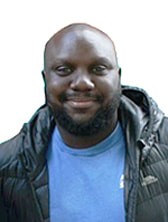 Soji started fencing at an early age and instantly fell in love with the sport, in his role as a coach he finds great gratification in passing on his skills and knowledge to the younger generation. 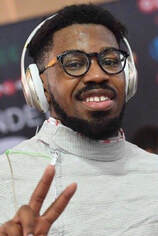 Curtis Miller began fencing at the age of eleven at Camden Fencing Club under coach Ian Williams. Williams spotted some natural talent in him and encouraged him to work hard to see how far he could go in the sport. Success came as a Junior when he won a bronze medal in 2012 at one of the toughest events on the circuit – the Dourdan World Cup.

He is now in full time training at the Elite Training Centre in North London and part of the senior men’s sabre squad aiming for Tokyo 2020 Olympic qualification. 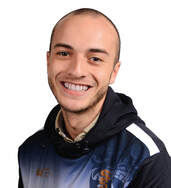 Nuno is a passionate sabre coach and sport scientist undergoing a PhD. He is interested in studying the physiological profiles in high performing athletes, and has experience in developing and monitoring athlete training plans.

Nuno has loved the sport since he first picked up a sword at 11 years old. He was taught and coached by various coaches including Peter Kolloch, Herman du Preez, Ian Williams and Rafael Lopez, and as such, is adept to a variety of coaching styles. Nuno was a regular member of the Portuguese National Team and has competed in various European and World Cadet and Junior Championships, and Senior World Cups. His top accomplishments include: Portuguese Senior National Champion in 2014, Portuguese Senior National Team Champion with AEJG in 2014, 2015, 2017 and 2018, Spanish La Liga Team Champion with CEM in 2016, and Silver medalist at the British Team National Championships with Camden Fencing Club in 2019. 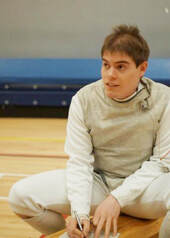 Sam began fencing at Swindon Fencing Club at the age of 13, and started competing regularly as an adult. After joining Camden as a fencer in 2009 he has won several senior domestic competitons.

He qualified as a coach in 2008, and was active at Reading University, Swindon Fencing Club, and Abingdon Fencing Club, as well as a variety of schools and sports centres in the Reading area. Following a relocation to London in 2016 he joined the coaching team at Camden.​ 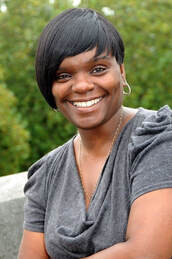 Patricia is chair of Camden Fencing Club an a British international team manager, travelling with fencers to  dozens of world cups and major championships.

Her selfless dedication has meant she's successfully made fencing available to those who wouldn't normally have to access the sport and in 2017 was awarded the  honour of the British Empire Medal (BEM) for services to sport in Camden.

Patrica joined the British Fencing Board in 2020 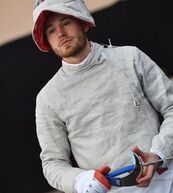 JJ was introduced to fencing during a school assembly aged eleven and was hooked instantly.
He’s a former gold medal winner at the Senior British Nationals and Senior National Sabre Champion. (2016)

Since 2011 he has represented Team GB at all major internationals including World and European Championships at all levels.  JJ is now currently ranked in the top 4 of the senior rankings and is currently in USA to train in preparation of the Tokyo 2020 Olympic Qualifications.
​ 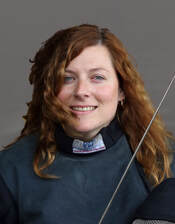 Sarah represented has Britain in World and European Championships, as well as Northern Ireland at Commonwealth Championships. Sarah was  one of Britain's top ranked female fencers in 2013. 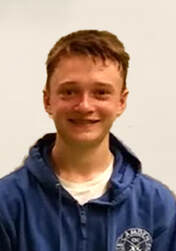 Kajetan began fencing under coach Ian Williams. He is the current British U18 Sabre Champion, (2019) and was the silver medallist at U15 Challenge Wratislavia (2017) gold at the English Youth games (2017). He has been selected to represent GBR cadet sabre in both team and individual competitions in 2019. 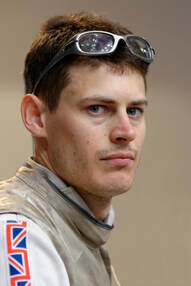 Has been coaching at Camden for many years. A former Junior European Champion in 2002, he recently reached No 1 in the World (2019). He has won five Senior World Cups, and four Senior Grand Prixs between 2009 and 2019, picked up two European silver medals and two European bronze medals. Richard was also part of the British team that won three European bronze medals in 2010, 2013 and 2016 and the gold medal winning team for the inaugural European Games in Baku in 2015.

A four-time Olympian, Richard finished eighth at Athens 2004, fourteenth at Beijing 2008, seventeenth at London 2012 and fourth at Rio de Janeiro in 2016.  He is also a six-time British Champion. He is still in full time training for the Tokyo 2020 Olympics, at his 5th Olympics. Richard won a silver medal at the 2018 World Championships in Wuxi.
Richard Kruse has an engineering degree, plays the bagpipes and lists learning languages as one of his hobbies.  He speaks Hungarian and Spanish to a decent level. 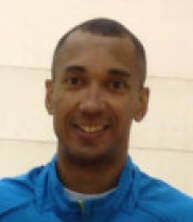